Making Something Beautiful with Your Hands

In my travels, I picked up a little book titled Life’s Little Instruction Book by H. Jackson Browne Jr.  There are 511 one-sentence observations in that little book.  The author wrote it as a gift to his son as he was leaving for college, providing sort of a parental road map.  Observation  # 71 in his little book caught my eye. Learn to make something beautiful with your hands.  I immediately thought of my husband.
My husband is a craftsman who makes beautiful wooden screen doors with his hands. He built a wooden one for us with a lattice bottom after our first child was born.  That was the beginning of a wooden screen door business.
After a newspaper ran an article about his business, a woman requesting a brochure wrote a note expressing how nice it was to read about a person using his hands to make a living. That has stuck with me all these years.
I went with him recently to the city. We happened to turn on a street that just happened to have one of his doors on their entry.  My husband stopped, on a whim, to inquire the year it was manufactured.  1986.  That door was 24 years old!  The householder was the one who had purchased it, and had enjoyed coming in and out of that door for 24 years!  My husband beamed with delight!
Which brings me back to observation #71 – Learn to make something beautiful with your hands.  Being a vendor at a farmer’s market gives me an opportunity to see people who, on a regular basis, use their hands to create beautiful things. It is rewarding indeed.  Perhaps that is why I enjoy the Farmer’s Market so.  There are many craftsmen, artists and farmers working with their hands, and many making a living doing so!
Check out your local Farmer’s markets to see what I’m talking about.  To see beautiful wooden screen doors check out http://www.duncanwoodcraft.com/
Posted by Karita Lou at 1:34 PM No comments:

This Time Each Year 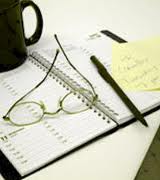 About this time every year, I begin making a mental note, and later a written list, of what I’d like to accomplish the following year.
I’m not very computer literate, so I thought I’d like, actually I need, to take a computer course for dummies.  Although I’ve signed up on facebook, I don’t know much at all about how to maneuver the site.   It seems every time I want to change up my web site, I’m constantly reverting back to the backup copy (I have learned you always have a backup copy in the event you screw up). I’d like not to have to call my son to bail me out of my computer messes.
My Corporate Headquarters (my work studio) needs painting.  I will show you the before and after photos as I go along.
I have a loveseat I bought for $4 from a thrift store that needs reupholstering.  I’d like to get that done this year.  I am hoping for my husbands help on it.  Last year we reupholstered a Lazy Boy recliner.  It turned out really nice!
There are many more projects on my list for next year as well.  I will share many on this blog.
“Stand them up and knock them down,” is my husband’s motto.  It’s a good one to have.  Pick one project, and focus on it until it is achieved, or accomplished.  On my calendar (for dummies) is a quote from a man named Hugh Prather, which reads “There is a time to let things happen and a time to make things happen.”

So keep posted. If you see me on facebook, and  you check out my website regularly and it's updated, http://www.karitashandmade.com/,  you will know that I am making things happen!  .
Posted by Karita Lou at 4:54 PM No comments: 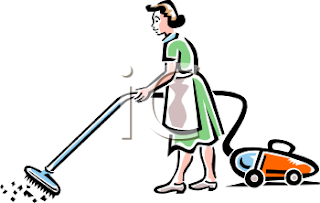 This past weekend I participated in a 3 day Arts and Crafts Show.  I was tired after all was said and done, so Monday I did nothing at all.  Getting ready for a large show kinda leaves things undone at home.  Today I had to clean.  My daughter had piano students coming in the afternoon, and boxes and stuff were where they are not usually.

Fortunately I awoke feeling in the mood to clean. When in that mode,  I put on a CD or two.  The Best of Anita Baker is my CD of choice.  That CD is 80 minutes long.  When she's done so am I.  I put her on and start singing and cleaning. I get a lot done. 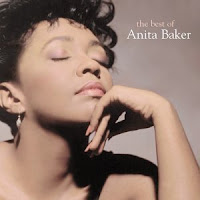 My family hears Anita and they disperse.  I think it's because they think I'll put them to work.  Or, I guess, they could disperse because of my singing.  Either way they stay out of my way!

What motivates you to clean?  Do you clean to music?  Let me know!
Posted by Karita Lou at 2:56 PM No comments:

The best part of cooking a turkey is the leftovers!  For the last 15 years, I always had a craft show the weekend after the Thanksgiving holiday.  I would always cook a turkey, a large one so there would be plenty of leftovers for the next 4 days. After my family picked over the carcass like a vulture might pick over road kill, I would make Posole  Soup.  Now that's what I'm talking about!  My favorite part of cooking a turkey!

Posole is a traditional Mexican dish from the pacific coast region of Jalisco. A  soup that's usually made with pork, hominy, garlic, onion, chili peppers, cilantro, and broth.   In my version, I make a broth of the turkey carcass, smoked ham hocks, celery, and onions.  The key is getting the broth right.  Here's my recipe for Posole.

1 turkey carcass
2 smoked ham hocks  (with meat on them)
1 med onion chopped
2 stalks celery chopped
Salt to taste
Bring to boil, lower heat and simmer for about an hour.  Strain broth into another pot.  Pick off the turkey and pork meat and set aside.  Discard the rest.  Be sure to get the broth right!
To the broth in the pot add:
The reserved meat
2 shredded carrots
1 sm onion diced
1 can hominy (without the liquid)
Cook just until carrots are tender.  It shouldn't be long at all.
Serve the pot on the table.  Garnish soup with thinly sliced cabbage, chopped cilantro, sliced radishes, lime slices and tortillas.  You'll be in heaven!
Posted by Karita Lou at 9:05 AM No comments: